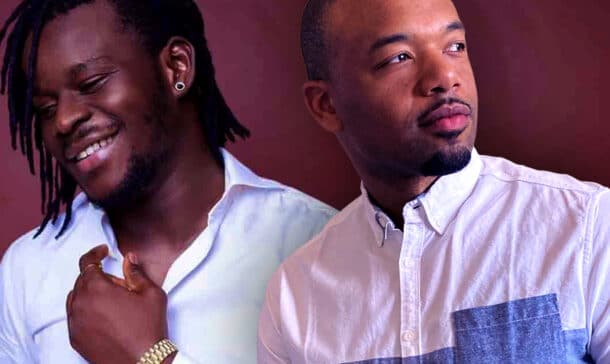 “Fly Away” is a universal call to action inspiring listeners to tap into their inner impulses and go after their dreams, even if it means dancing their way to the finish line.

The global appeal is undeniable as Rob not only enlists the help of Africa’s fastest rising Reggae/Dancehall artist in Jupitar, but also showcases the cultural diversity of his own upbringing with a nod to Haiti (the country from which his parents are from). In a surprise verse entirely sung in Haitian Creole, in which he is fluent, Rob urges Haitian people across the world to “rise up!” in the midst of one of the country’s most turbulent times.

Check out the incredible music video for “Fly Away” HERE:

“As a Haitian-American who understands the country’s rich history, it didn’t make sense to sit aside silently and miss this perfect opportunity to shine the light on the amazing potential that lies within Haiti and its people even in these dark moments.” -Rob Murat

Rob, a voting member of the Recording Academy, offers “Fly Away” as a final teaser off of his long awaited sophomore album, which also includes FYC (For Your Consideration) Grammy Award nomination contenders in the R&B and Music Video categories, Next To Me and Love Me Love (which features another Ghanaian superstar, Adina Thembi).

Jupiter is a recipient of Best Dancehall Act at the NELAS Awards U.K., besting the likes of Shatta Wale, Stonebwoy, Burna Boy and Ptoranking.  He has shared stages with notable artists such as Busy Signal, Mavado and DeMarco and his debut album “The One” was released in March 2021 to much acclaim. Paired with Rob’s versatility – there’s no denying the true power of this timeless collaboration.

Off the heels of Netflix’s final season premiere of On My Block, Rob (who plays Coach Ron on the popular series) has also made guest appearances on the FOX TV series Bones and has acted opposite Academy Award winner, Halle Berry, in the CBS TV series Extant, executive produced by Steven Spielberg. Rob is also the narrating voice of a series of ESPN TV campaigns and various nationally televised award ceremonies. When he is not in front of the screen, you can find him producing music for the screen with work featured on Vh1, BET,  ESPN, CBS, TV One, HBO, and PBS, all achieving over 100 million impressions nationwide.