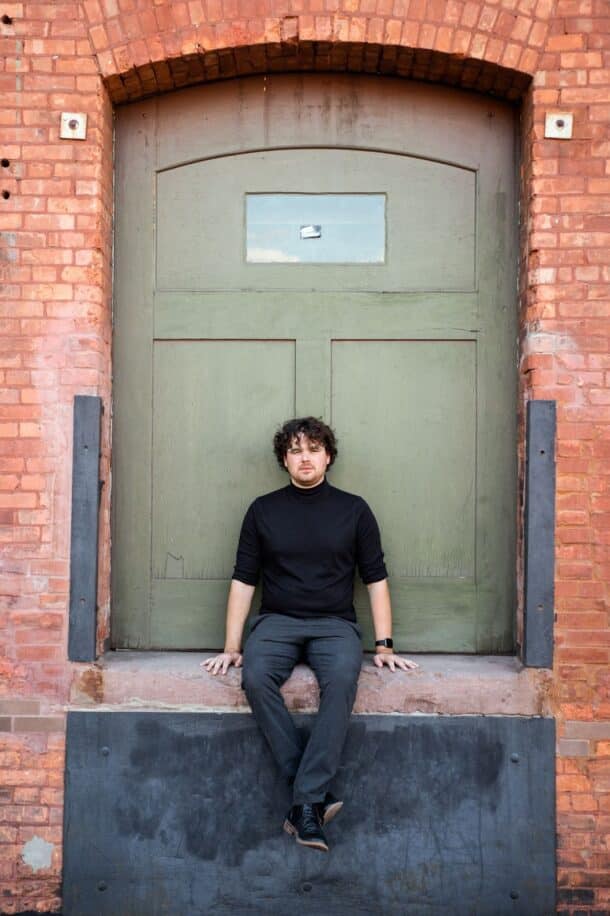 Off the heels of his critically acclaimed album NEOWISE, indie alternative artist Sam Nitsch explores the zombie-like nature of social media culture in perhaps his most captivating hit yet “Follow Me”. Released under the label ‘The Blue Hour’, the track pairs with a brilliantly designed lyric video while delivering a raw lyrical tenacity driven by electric ukulele and mellow drum patterns. Recorded at Power Station New England, “Follow Me” was produced by Sam Nitsch, Evan Bakke, and Chuck Leah. Inspired by the aural aesthetic in classic movies like The Nightmare Before Christmas, his haunting vocal delivery offers fans an eerie, in depth glimpse at the ways in which our overwhelming reliance on social media has shaped the lives we lead today. Whether passively scrolling through TikTok or rather, dictating every life choice based on it’s online “likeability”, we all seem to be a victim to the system and in Sam’s opinion, it’s destroying our ability to truly connect with one another away from our own screens.

Check out the very cool lyric video for ‘Follow Me’ HERE:

Sam Nitsch is ready and eager to finally debut his new track. Coming ahead of his next album release, “Follow Me” challenges the norm through the lens of an artist – someone who is required to heavily rely on the world of social media for career growth. Whether it’s Facebook, Instagram or simply a dating app meant to help people form real relationships, our screens are officially our doorway to furthering human interaction, but more often than not, we don’t see these interactions develop far past the screen.

Sam Nitsch has been a member of several orchestras and chamber ensembles, eventually becoming an awarded concertmaster of the NY Conference All-State String Orchestra. He also performed as part of the Rochester Philharmonic League Young Artists Auditions Winners Recital, the Rochester Music Hall of Fame Induction Ceremony and he provided backup vocals for Josh Groban’s summer tour during his stop in Saratoga Springs, NY. Later studying at Berklee College of Music, Sam continued to play the violin as his primary instrument. Now, as an accomplished recording artist, Sam has four standout singles and one highly acclaimed album leading up to now, his fifth and perhaps most powerful hit yet.