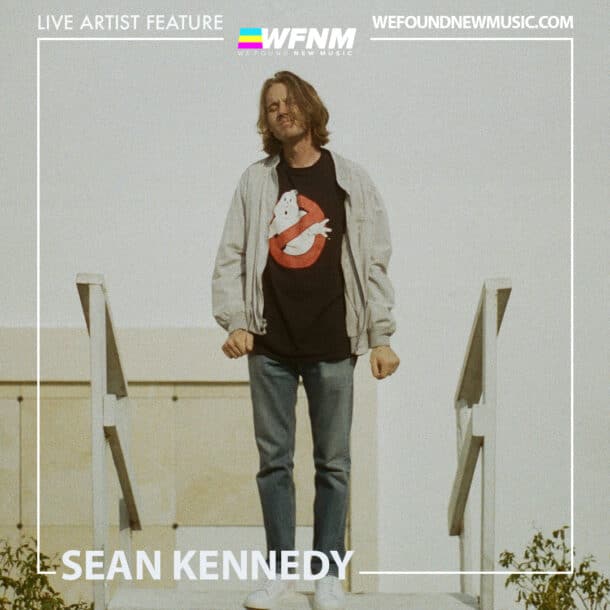 Originally hailing from Boston, Sean Kennedy is an indie pop artist who cut his teeth playing in indie bands before moving to New York in 2013. Currently residing in LA, Kennedy is reminiscent of LA-based artist Alec Benjamin, but with a darker edge and chilled out sound. Here’s Sean in a stripped down performance of one of his most successful singles, ‘Too Sensitive’, live for We Found New Music.

His latest track “Nothing Reminds Me of You” is more mature and nuanced than his previous work and marks a real progression for Kennedy. Written and produced by himself, the track has a very stripped down and simplified sound feel to giving it a Paul Simon-esque 60s pop song vibe.

The strumming guitar creates a tension in the track that is assuaged by Kennedy’s soothing and melodic voice.

Written following a devasting breakup, the track details Kennedy’s deep dive into meditation to try to ameliorate the pain of the loss. Ultimately, he found that meditation didn’t provide all the answers but that the journey did provide great musical inspiration.

Be sure to stream “Nothing Reminds Me of You” and check out his performance on We Found New Music. We look forward to following what’s next from Sean Kennedy

Test this out a bit
2 years ago in Blog, Performances
Live Artist Feature
﻿