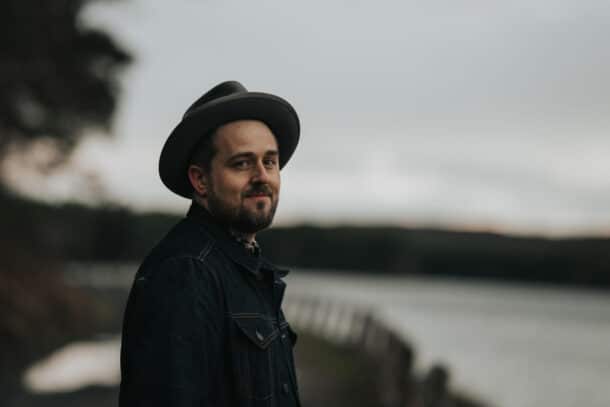 Grammy-nominated singer songwriter Seth Glier just unveiled his new album The Coronation, which is a collection of songs with uplifting and relevant themes tied to the current state of the world, such as healing, self-love, collective transformation, and unity.

Glier says, “’The Coronation’ marks the emergence of our collective unconscious into consciousness and the transcendence of compulsion into choice. I look at the last year of lockdown as sort of like an extended rehab healing us from the story of separation and offering us the courage to forge a new crown and become the rulers of that which had ruled us. For most of my adult life, I’ve held the belief that humanity is right around the corner from something transformative. If we could only see that our separateness is an illusion, then a future of global cooperation and interdependence would be undeniable. As the coronavirus locked down the world, I watched this long-held belief inside of me becoming a reality right before my eyes. The dolphins returned to the Venice canals, and millions of children saw the stars for the first time. I wanted this album to feel like a roadmap towards reunion in a reconnected and repairing world.”

In the first song from the album, “Stages,” Seth explores the many stages of transformation and growth in personal relationships. The song reflects on how relationships change and evolve, and the togetherness that still remains as we experience ups and downs. With introspective lyricism and a heartfelt delivery, the song sends out an honest message to others that no relationship is ever perfect, and that’s okay.

The title track, “Coronation,” truly highlights the overall theme of the album. By delivering a deliberate message to humanity about the need for interconnectedness and a “new world order,” Seth sends out powerful words of hope, peace and a vision for a better future. Featuring masterful instrumentation, dreamy vocals and brilliantly layered synths, it’s a song that will touch your heart and soul while also giving you strength to lead in a time of chaos.

Seth Glier is a Grammy nominated singer-songwriter, producer, and multi-instrumentalist from Western Massachusetts who is known for his profound storytelling and experimental roots inspired songwriting. Glier has performed alongside artists such as James Taylor, Ani DiFranco, Martin Sexton to name a few and continues to make his mark through his visionary approach and by creating songs that bring people together in love and harmony.