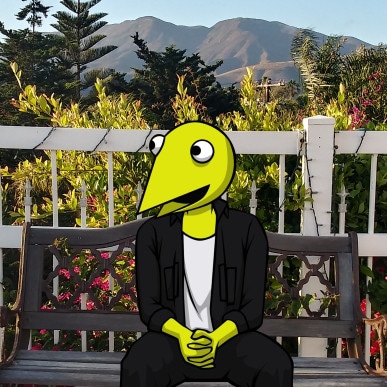 Shane the Crane – Waking Up!

Emerging bedroom pop producer Shane the Crane is splashing onto the scene with a powerfully uplifting debut, “Waking Up!” Featuring indie-pop r&b songstress Chandler Juliet. The track uses moving, heartfelt melodies, feel-good hooks and a soothing atmosphere to whisk you away into another world— an escape we could all use right now.

Recorded entirely independently from his home during the course of the past years events, this timeless track blurs the line between emotional pop and the rhythmic flows of hip-hop. Lusciously layered with complex beats and versatile vocals from Chandler Juliet, the song draws you in from start to finish and holds a universal theme of positivity during such uncertain times.

Here’s what Shane the Crane had to say about his debut release:

“Waking Up! is all about staying positive and looking forward to the future. It’s so vital to have something to look forward to during this time, and I hope I’ve instilled that into my listeners’ hearts.”

Waking Up!, the debut single off of Shane The Crane’s upcoming album, “Nomad” was written during the peak of quarantine last March. Like many others, he was dealing with the shock of our world’s sudden state in isolation and decided to use the time to make an album, right from his home.

Through writing the song and looking to the positive, the story comes full circle as he adapted to the circumstances and discovered the perfect vocalist to collaborate with on the song. He remotely linked up with Chandler Juliet who recorded the inspiring, uplifting vocals over the guitar beat he made from her home studio. The end result is something that simultaneously breaks boundaries and holds its own originality; while its message of finding joy and the bright side remains accessible to all those who look for it.