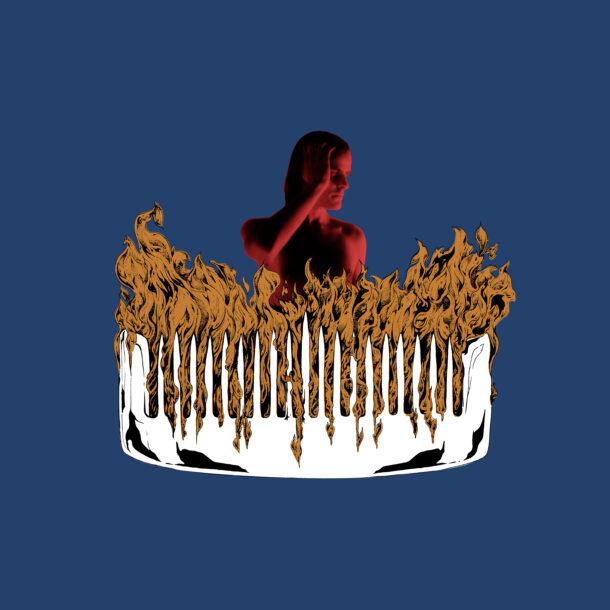 Sob Sister – How I Do My Hair Now

How I Do My Hair Now, the second album by Sob Sister, the moniker of Los Angeles singer songwriter Caden Gray, is an emotional alt-rock-pop-folk epic told in two acts. The title track and lead single was “launched” by Hedwig and the Angry Inch’s John Cameron Mitchell on Rain and Summer Phoenix’s podcast LaunchLeft, and serves as the thesis of the album.

Gray uses the superficial element of hair as a metaphor for growth, change, age, expression as he examines the patterns of adulthood he is entering into. The political piano ballad “Assistant to the President” reflects the uncertainty of living in a world ruled by a plastic and unfeeling elite, while “Bangs on Fire” captures the warm moment a spark is recognized to have been struck between two people.

The album ends with the direct and unwavering “Oh, Brother” in which Gray confidently claims his space as an individual on this Earth, while still recognizing that regardless of the effort put into gaining awareness and moving forward, bad habits and apathy can relentlessly return to test us.

Gray plays multiple instruments and sings his extensive vocal arrangements throughout, creating a diverse 15 track sonic experience that is epic in scope. The album comes 4 years after the release of his first album, Pansy, and displays a more polished and shiny version of Sob Sister’s theatrical bedroom-rock sound. The album is available to stream/download on all platforms. SALON: A Virtual Release Show will stream on IGTV and Youtube December 4th at 6:00PM PST and feature Sob SIster and special guests.