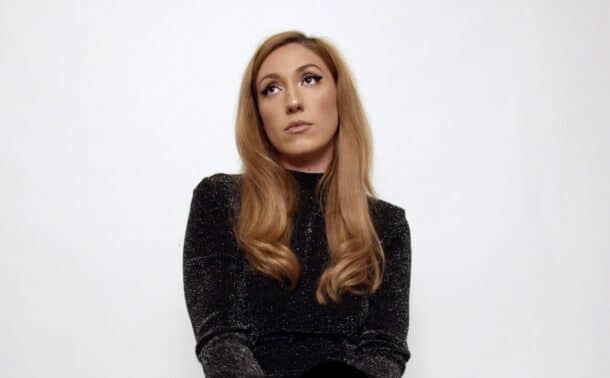 Singer/songwriter, performer and filmmaker Tara Lynn Rye unveils her first single entitled Backroads, a sultry and brooding track that feels like a haunting you never knew you needed. Rye pairs her explosive track with visuals you won’t be able to scrub from your mind…and you won’t want to. Backroads is an extremely powerful and impressive debut.

Backroads is a fresh, folksy-pop track with an americana twist, tinged with soothing vocal melodies reminiscent of an old bewitching Western film. This genre-bending track immediately lures you in only to realize you’re caught in the den of some bad news.

Check out the incredible music video for Backroads HERE:

Tara Lynn Rye is a natural story-teller. Her background in filmmaking and directing accelerate her vision and ability to bring her wildest creative ideas to life. The idea for the song came from a self penned poem about a witch.

Here’s what Rye passionately had to say about turning the song into a music video.

“What a fun character to create. And ancient witch who is underestimated by men because of her appearance, who lurks in the shadows until she wants to have some fun, who could burn the whole town down if she wanted to but instead spends her time teaching her suitors a lesson. She shows men that women are so much wiser and more powerful than their silly idea of us could ever be. Creating her was wildly cathartic for me and I hope she is for the women watching as well.”

Rye’s background in filmmaking and having two films (Womxn and Wonderwood) dominate the film festival circuit are only aiding her storytelling ability as she unveils her incredible and unique music. Tara Lynn Rye’s debut release not only showcases her raw talent but also her grit & warriorhood for creativity through eccentric storytelling. Now that her distinctive voice and spellbinding perspective are unleashed, she is a force to be reckoned with. It won’t be long before Tara Lynn Rye is a household name.