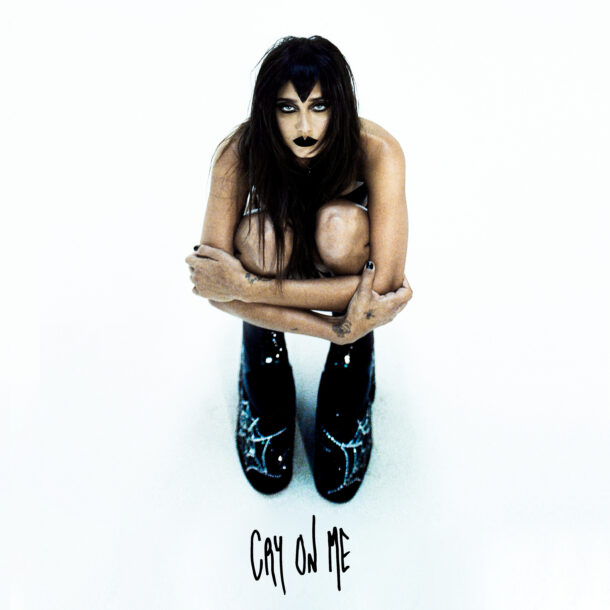 The Mascara will run – Jesse Jo Stark releases “cry on me”

I wonder how best to describe Jesse Jo Stark for the uninitiated. Think of a Rock & Roll Goth-Americana Diva draped in leopard-print satin melodrama. Think Lily Munster smoking in a bathtub at the Hollywood Hawaiian next door to Warren Zevon and Glenn Danzig. Or think about if “She used to love me a lot” by Johnny cash was a woman, specifically the brunette lounge singer of your Noir crime thriller.

Jesse Jo Stark is not just an aesthetic package with an air of mystery, she’s got the songwriting ethos of someone who’s eaten from the tree of Nick Cave’s bad seeds. Her vocal delivery is enthralling, exciting, and hauntingly gorgeous, especially in her newest dark ballad “cry on me”.

Jesse’s newest single is as cinematic and compelling as ever, and it’s perhaps her most beautiful song yet. Not only are the lyrics brilliant and melancholic, but her performance strides a stunning balance between tenderness and raw anguish, almost as if her softer tones were acting like a levee against a tide of emotions threatening to wash everything away. “cry on me” (all lowercase) is, of course, a song about heartache, about “falling in love at the wrong time” and it’s chock full of the amusing and evocative turns of phrases that have become a staple of Stark’s narrative and screenplay-influenced songwriting.

There’s something always so intensely visual about Jesse Jo Stark’s music, which is surely why she’s constantly described as having a cinematic sound. She makes it extremely easy for one to get immersed into the world of smokey images and romantic cultural artifacts that she preserves and reveres through her exotic femme fatale persona.

For us fans, the wait has been long, but after a whole slew of singles released (mostly) last year, the gift we’ve been waiting for is finally on the horizon, and it’s getting closer and closer. We should be able to get our hands on Jesse’s  First full-length album early next year, and with a little luck “cry on me” won’t be the last appetizer we get until then.