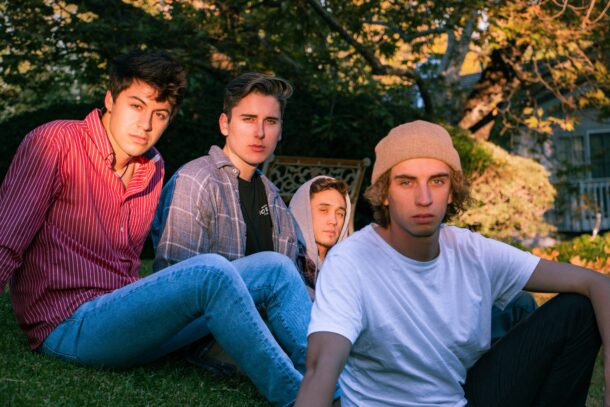 The Millennial Club – Coffee in the Morning

The Millennial Club is back with a brand new dreamy new single “Coffee in the Morning”.

You are immediately drawn in as the song opens with a strong and ambient introduction, and starts with a big chorus, featuring male and female vocals for the first time on a TMC track. The song sounds and feels just like the title, it is both dreamy, ethereal and relaxing, yet at the same time listeners are given a burst of upbeat energy that invigorates you and wakes you up like a cup of coffee. This is definitely my favorite track from this band so far.

TMC fans were in for a treat this time around as the band released a double single, pairing another solid track “If You Stay” a tender, emotional ballad that simmers you down a bit further into your feels than newest single “Coffee in the Morning”.

Both tracks prominently feature exquisite and effortlessly calming female vocals from talented newcomer Tori Romo, that perfectly compliments lead vocalist Andres Owens’ soothing tone and powerfully intimate lyricism. In this double release, TMC has successfully hit a new shade of emotion and magic that I hadn’t heard before from this budding SoCal group.

Here’s what the quartet had to say about “Coffee in the Morning”:

“‘Coffee In The Morning’ is about the post-honeymoon stage of a relationship. It’s the struggle of feeling like you’re no longer connected the way you once hoped to be; it’s a response to society’s way of making us feel like, ‘If you’re not happy, then move on.’ The song personifies the notion that there are two ways to go about struggle in a relationship: you can decide to walk away, or you can stick it out. The centerpiece of the song — ‘If it was easy, everyone would do it’ — is meant to affirm that everyone encounters hardships and ultimately, there’s reward in working through each other’s differences.”

Keep an eye out for The Millennial Club’s sophomore EP in 2020, and if you can’t wait til then, catch them performing Live in Los Angeles at Madame Siam next Tuesday, December 17th at our very own We Found New Music showcase alongside Iman, The Habits, and yours truly, Chandler Juliet ;).