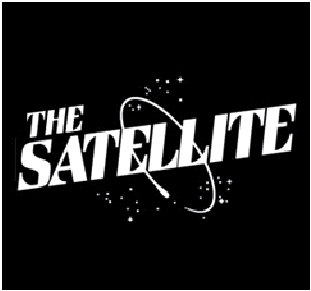 WE FOUND NEW MUSIC presented the electronic pop group, DWNTWN
at the SATELLITE in Silverlake!  It was the first Monday of DWNTWN’s Month long
residency thanks to the support of THE SCENESTAR Music Blog, which
named it the Show of the Night.

We DJ’d between sets from 4 up and coming L.A. based
bands: (i) YELL FOR HELP, an alternative pop duo, a blast to watch as they jumped
from harder rock to folk inspired pop melodies; (ii) L.A. based alternative pop band,
SCOUTS, a new band full of pure pop melodies; (iii) DELUKA, a pop rock
group originally from Brooklyn blew us away with their sharp-edged, hook-laden female
fronted pop rock (a MUST watch band in 2014); and finally (iv) DWNTWN took the
stage with the sets consisting of mostly new material, some of which was mixed by Joe Zook
(Katy Perry/One Republic).  I KEY TRACK, TILL TOMORROW, will be part of their forthcoming
EP, that is expected to come out in mid-2014.  A highlight of their set was their cover of
CHOCOLATE, by THE 1975 (a recent guest in our radio show).

We look forward to the final night of DWNTWN’s residency, January 27th.  Join us and watch the bands we featured in our radio show come alive at THE SATELLITE.  We are also looking forward to Boston based, GENTLEMEN HALL and LA based BASIC VACATION & YLUV.  See you there!