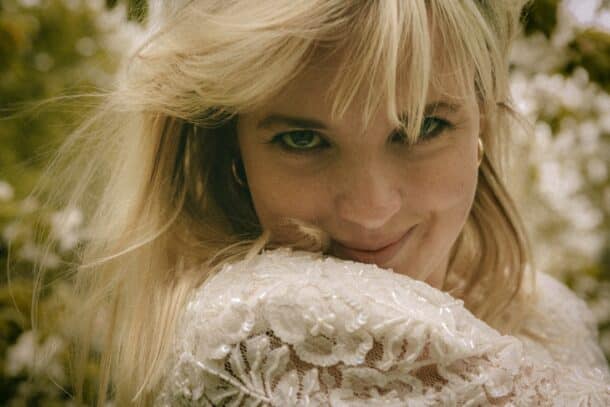 In advance of her third studio album, Norwegian recording artist Thea & the Wild confronts her least favorite parts of herself in an honest and engaging new single entitled “Rip Tide”. Being a creative soul is often romanticized, but as Thea makes clear, it certainly does not come without its challenges. Inspired by her more preferred positive, lighthearted emotions, the young artist channels this exact struggle in an engaging visual where she plays with the idea of kidnapping the darker side of herself so that she no longer has to wrestle with negative thoughts. Directed by Nikolai Grasassen, the video is shot through a ‘nordic crime’ lens in the countryside outside of Oslo, keeping viewers captivated from beginning to end.

Ever since cutting the cord to her hometown of Oslo, Thea has been focused on nurturing an emotional rebirth by letting go of the past so that new energy can flourish. This and the time she spends ‘deadheading’ her garden, have created space for healthy introspection and perhaps, a closer look at her emotional ups and downs. “Rip Tide” releases ahead of her aptly titled third album “Deadheading” this October. Internationally known for her emotive and sublimely melodic songwriting, her new single” is sure to resonate with anyone who has experienced the emotional rollercoaster that is life on earth.

Check out the incredible visual for “Rip Tide” HERE:

Thea’s previous works have received critical acclaim, earning her a Spellemann (Norway’s Grammy’s) indie artist nomination as well as a spot on Rolling Stone’s Top 10 Albums to Stream in 2018. Born with a vibrantly creative DIY streak, she has engaged in music for the vast majority of her life. Whether hosting homespun radio shows as a child, mentoring young girl bands or producing her own podcasts, Thea has always looked for unique ways to let her creativity thrive.

Prior to her solo debut, Thea and four girlfriends formed a band where they performed an eclectic repertoire consisting of two French punk songs and Fleetwood Mac’s “Dreams”. Her first band ended up winning a ‘Best New Live Norwegian Band’ award, earning them a place on a national broadcast and a posh tour bus. Today, Thea stays the course amidst her new surroundings in the countryside, bringing her life journey more clarity and artistic autonomy than ever before. When asked about the inspiration behind her upcoming album, Thea said “ “I feel an ownership over this record that I haven’t felt with past records. Being surrounded by nature is helping me grow into myself in so many powerful ways. It’s a good life.”