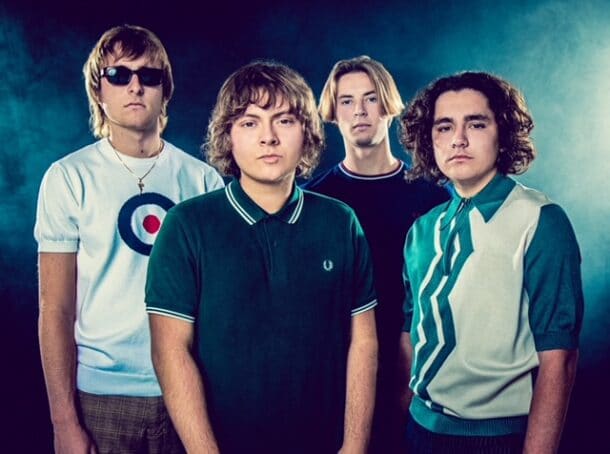 Velvet Starlings – Back of the Train + Live Full Band Session)

The latest track from Southern California-based indie rock band Velvet Starling is called “Back of the Train” and marks a real step forward for the band. The track is more mature and focused while moving to a more garage and harder sound.

The track which has a driving energy which builds to a frenetic power as lead singer Christian Gisborne turns up the intensity with Ty Segall-like vocals.

There’s an infectious quality to the song with high octane guitars and heart pounding drums.  However, the track maintains the band’s 60s prog rock roots with it sounding reminiscent of a modern version of a song by The Kinks.

According to Gisborne, the song is about

“paying dues, making sacrifices, putting in the time and work to get to where you are headed in life while making sure to enjoy the ride along the way.”

Check out this live full band set by the group shot exclusively for WE FOUND NEW MUSIC!

Test this out a bit
2 years ago in Blog, Performances
Live Artist Feature
﻿