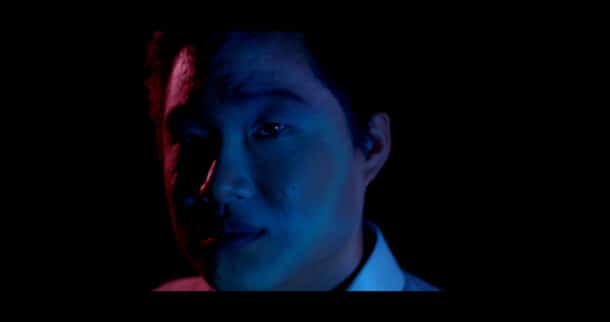 Arizona-based artist Vincent Liou has released his second official music video of 2021 for his track “Sweeter Than A Slow Dance”, which is also the second song on his four-track EP titled ‘Big Surf’.

Being inspired by an eclectic mix of cinematic films like The Sixth Sense, Edge of Tomorrow, Groundhog Day, and Memento, Vincent Liou decided to shoot the music video in vibrant yet aesthetically pleasing chromatic setting. Hence, production took place throughout different locations in Arizona, including Downtown Phoenix and Tempe Town Lake.

Vincent Liou defines a slow dance as something that feels rather nostalgic and innocent. He compares the feeling to be likewise watching kids slow dance together at their middle school dance. The unfortunate irony behind Vincent’s story? He never actually got to slow dance with anyone himself until his high school prom. The music video offers a rather sad narrative to the lonesome and melancholic song, showing life in the shoes of a tired and heartbroken soul.

Check out the cinematic and soulful music video HERE:

Here’s what the artist had to say about his latest release:

“If you can’t sleep and you’re walking around late at night or drinking, know that you’re not alone. We’ll get through this together, but we should probably stop drinking so much… or not?”

What would a happy person do? They might eat a salad or go on a walk. For Vincent Liou, he has always been able to count on singing and songwriting. Born and raised in West Lafayette, Indiana, Liou had a different upbringing than most other Asian Americans, which shows through in his unique songwriting style and whimsical music videos.

In his 2021 EP, ‘Big Surf’, Liou writes about being someone’s failure of a booty call, walking around the park so much he practically lives there, those people that quote things without any context, and his first date at Big Surf – a waterpark in Mesa, AZ.

With several more incredible music video concepts to look forward to this year, Liou is ready to shake up the music industry and captivate America with his witty and comical approach to songwriting, and we at WFNM are here for it all.