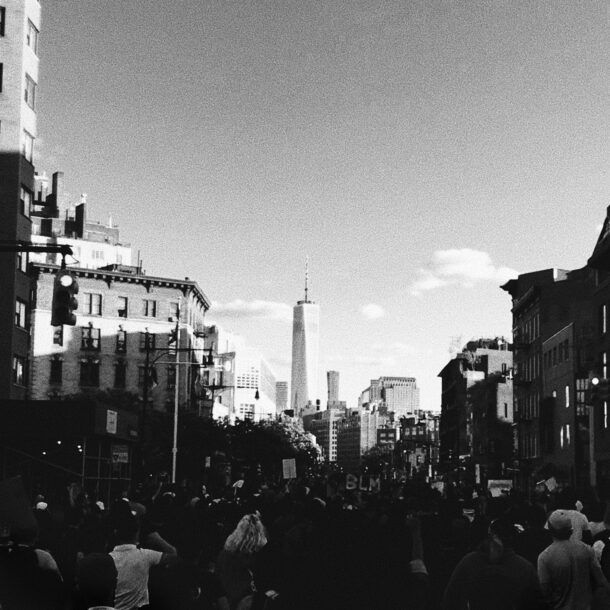 Vlad Holiday has dropped a new song speaking of the current movement for racial justice in the US. Vlad Holiday is a Romanian-born American singer, songwriter, producer, and multi-instrumentalist based in New York City. I love the blend in Vlad’s sound, mixing in soulful vocals over Lo-fi Rock beats and a really cool sample. The song is super catchy, while being low key, and cool.

Vlad wanted us to share a statement with the listener:

I’ve been thinking about all the ways for me to take action as an ally in the Black Lives Matter movement, and felt I had to do my job as an artist (and one that wouldn’t exist without black culture). I’m releasing a new single called “Rain” with 100% OF THE PROCEEDS going to Black Lives Matter organizations – including streams, sales, sync revenue, etc. The song starts with audio recorded on my iPhone from one of the many peaceful protests here in NYC, and the general statement is a hopeful one that we won’t go back to how things were before all of this. We can’t. It’s easy to help – buy the song on Bandcamp (pay what you want) or Apple Music, stream it on Spotify on loop and know ALL of the funds will be contributed to the cause. And don’t stop there. Keep learning and support BLM in any way you can.