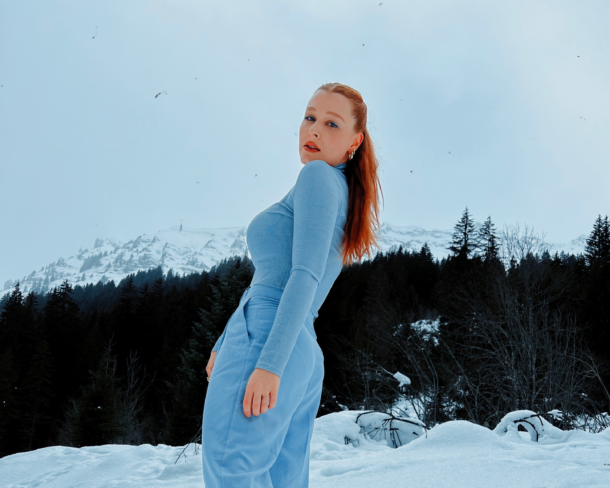 Vôx Vé has some deep wisdom to impart

“How I wish I could have learned this lesson without the loss. But that’s not how growth works. Still,”

Vôx Vé’s sound is quite peculiar,  simultaneously very familiar and also unlike almost anything else out there, and the entirety of “You Don’t Know How Good You Had It” strides that line between the off-the-wall and the comfortingly familiar.

Vôx is an enthusiastic genre explorer who is very keen on not letting herself be boxed in by any particular style, and other than landing well within the realm of pop you can sort ot expect the unexpected with Her.

Without mincing words, it’s very clear that her vocal talents are astounding and also one of her biggest strengths, she’s drawn comparisons to Sia and FKA Twigs before for a very good reason. Musically, Vôx comes up with some wildly creative soundscapes with rather chilling and ethereal melodies that betray her Swiss roots, as the sound canvass she paints her voice on is very reminiscent of a modern sort of trance-infused Europop. When both elements are put together, it leaves very little room for doubt that she’s earned the title of a true, bonafide Pop vanguardist; no gimmicks and no pretentious weirdness, just a palpable earnest love of music coupled with a truly innovative creative spirit.

Like many -truly- great songs, “You Don’t Know How Good You Had It”  can be taken in more than one way, as it is broadly about learning to appreciate before losing, and while Vôx herself admits it would make for a great break-up anthem, the fact of the matter is that this song is not raging against the other but against the self, and the loss it is lamenting is the loss of a loved one, so just beneath the surface of this killer pop banger there’s a dimension of a beautiful sort of sorrow hiding alongside a nugget of timeless wisdom that always bears repeating. Vôx says of the song:

“After I lost someone incredibly dear to me in 2020, it was as if I awoke with the sudden clarity that the world was always bisected into two parallel planes: one for those who knew the depth of loss, and one for those who had yet to meet it. And I was just lucky enough to be relatively late to that awareness. What I saw on my new plane showed clearly that what I had had—love, family, safety, health—was everything one needs for complete and exultant happiness. And that the ego-driven first-world problems that I had, at times, allowed to make me stressed, depressed, or self-destructive, were in fact so…wasteful.”

I think it’s usually best to leave each to interpret and take things as they will, but when the intent and ideas behind something are so powerful, it also begs ratification because the core message is very much a universal constant. Each of us has or will at some point experience a great loss in our lives that makes things take on a before/after paradigm or delineation, and a lot of people will experience intense regret because they didn’t do enough for that other person, didn’t patch things up with them, didn’t let them know what they meant or any other variant of that terrible hollow feeling, So if there’s anything Vôx Vé wants to do here is help us learn that lesson before it is too late.

As a single, “You Don’t Know How Good You Had It”  is part of a preamble to Vôx’s forthcoming full-length album “We Went Looking for Art”. The album was written from her home in Switzerland amidst the worst of the Pandemic’s hold on the world, and right in the middle of writing, she was hit with the loss that prompted this very single, no doubt also changing the entire face of what the LP will end up looking like. The LP will be dropping October 20th alongside some music videos, 3 bonus tracks, and even remixes by Sam Florian and Clock Opera, stay tuned.