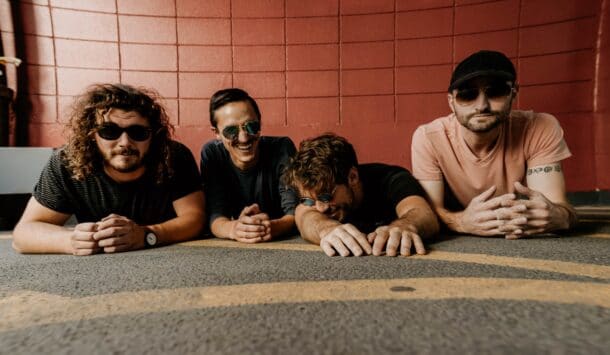 As society welcomes one of its most jarring transitions of our time, indie rock/pop band ZORILA tap into the importance of self-reflection following a turbulent year of intense introspection. Getting comfortable with the people they’ve become, we witness the four-piece band lightheartedly making their way through an apartment in a music video that puts their personalities front and center. A seamless balance of comedy and seriousness, they chose to film a music video that shows them in their natural habitat, writing a song with their closest friends.

Lyrically, we witness the journey from battling with yourself to a relieved self-acceptance. Done with making excuses, they stress the importance of tackling problems head on as they stay dedicated to becoming their very best selves. And the video can’t help but make you smile; an instrumental blend of soft guitar strums and drum patterns amidst an impressive saxophone at the bridge, position their sound somewhere in between a Vampire Weekend meets Death Cab for Cutie. ZORILA adds an edge to mainstream appeal – a winning combination that will surely set them apart from the pack.

Check out the gorgeous and light hearted visual for ‘Promenade’ HERE:

Here’s what the group had to say about their latest song and video:

“The intent of the promenade music video was to keep it simple. It’s essentially just a video about us collaborating and writing the song together! Just a bunch of guys being dudes!”

ZORILA is the direct product of synchronicity between four lifelong musicians. Originally from central Illinois, the indie rock/pop band very recently quit their jobs, packed their bags, and launched their music careers in Chicago. Versatile by nature, ZORILA performs a wide variety of originals and beloved cover songs LIVE. They deliver high energy performances fueled by an appreciation of the ‘greats’ who came before them, offering fans the perfect blend of pop, indie rock and punk flavors. Henry, Stewart, Nate and Tony perform a wide array of hard-hitting anthems and laid back melodies to audiences of 50+ in and around the Windy City.

The carefree vibes of not taking themselves too seriously during a really heavy time is not only refreshing but it shines right through the screen. You can’t help but bop around and smile listening to this groovy, jazzy track, and I’m a fan of their obvious and true musicianship! Looking forward to what ZORILA has next for us in the months and years to come.