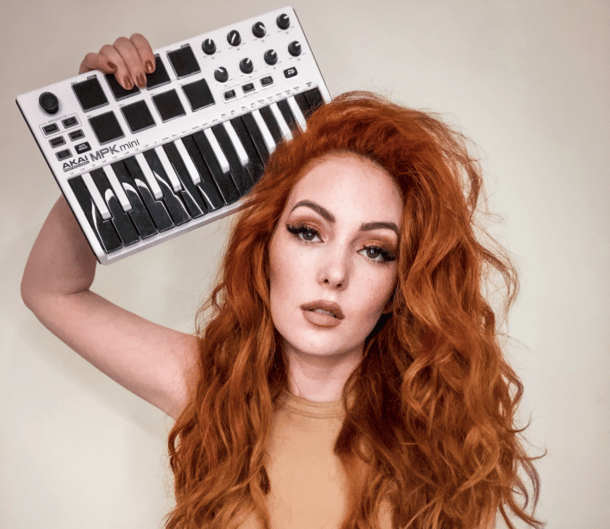 A “Sober” july with Late July.

With a name like Late July and a perfectly timed release, you’re already making enough of a first impression that people are just bound to give you a listen, and for Nicole Simone (Late July) it’s only a matter of doing what she does best to make that first impression stick in a big way.

For many people, “Sober” will be their introduction to the Torontonian-Angelean bedroom pop singer-songwriter, whose sound is shaping up over the past year into a much more emotionally assertive and impactful brand of Bedroom-pop that seems to be about tying up a whole lotta attitude into an intimate space, though “Sober” itself is less about attitude and more about Honesty.

Nicole says of the song:

“I wrote sober while watching an ex publicly announce that he was quitting drinking. A week later he very publicly failed and I was so disappointed. I think anyone who has been impacted by someone with a Substance abuse problem feels the anxiety, hoping the person is going to pull through addiction – and when they don’t – you somehow feel like you’ve completely lost the person”

Though “Sober” comes from a very difficult situation, it does not wallow in any misery or pity (self-directed or otherwise). In fact, the music itself helps move it to a more positive note by drenching the atmosphere in neon-dense 80s synthwave; part of this comes from the influence of Producer Jessica Taylor. The result of mixing so much sweet and sourness together is a track that encompasses a whole spectrum of emotions: Hope, Anger, love, Disappointment, guit -it all comes together almost as an anthem dedicated to those who’ve seen a loved one slowly turn into the worst version of themselves as their vice consumes them. It’s powerful stuff.