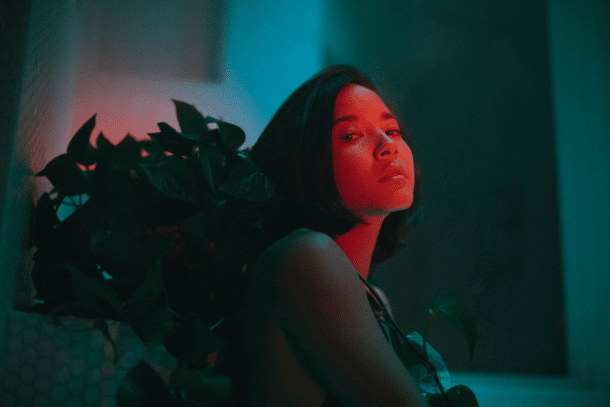 AKAYO’s “Something About you” get stunning new video

“AYAKO is on a mission to represent Japan on a global scale through sonic and visual storytelling that beautifully melds her musical and cultural influences.”

“There’s Something About You” by AYAKO is a truly fantastic track, but it was well worth the wait for the music video since the finished audiovisual experience far exceeds any expectations and makes for a truly remarkable piece of work.

AYAKO Was born and raised in Tokyo and has had a long-standing relationship with music and performance, including a background in traditional Japanese Nihon-buyō dance, which we’ll get to appreciate in this very special music video. At age 16 AYAKO was scouted by one of Japan’s most important entertainment conglomerates, they helped her not only by developing her talents to suit a J-pop Group but through them she was also able to hone her live performance skills for two years in the Tokyo scene. in 2014, AYAKO moved to Los Angeles to music at USC’s Thornton School of Music and pursue her career as a solo artist.

A bilingual performer, AYAKO has begun releasing music in English and although her newest track is no exception, it is still deeply immersed in Japanese culture, creating a recognizable dream-like narrative whose vernacular will be both entirely recognizable yet very much foreign to western audiences.

The story goes that AYAKO was listening to her own song while driving down the Pacific Coast Highway when she was suddenly visited by mysterious visions of Goldfish and A Geisha. She knew she had the perfect music video somewhere in that visual and so she teamed up with director/production designer, Eric Hersey to integrate these images into a video that perfectly suited the mysterious and sensual ambiance of the track.