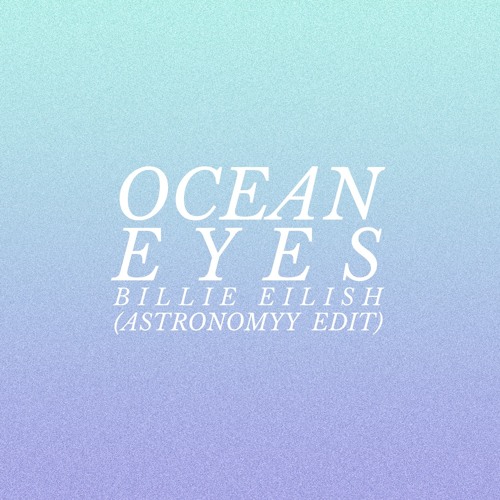 One of our most favorite new discoveries receives a subtle edit from the exceptionally talented Astronomyy. 13-year-old Los Angeles singer-songwriter Billie Eilish really blew our mind last week with her latest single, ‘Ocean Eyes’, co-written by Finneas O’Connell. So much so that we named her our artist to watch in 2016. With stunning vocals and such relaxed production, it’s clear there is so much to look forward to from Billie and Finneas. Astronomyy knows not to mess too much with a good thing, and adds a nice beat, some sparse backing vocals, and fixes it up nice and neat. This is sure to help grow even more eyes and ears in support of what’s next.