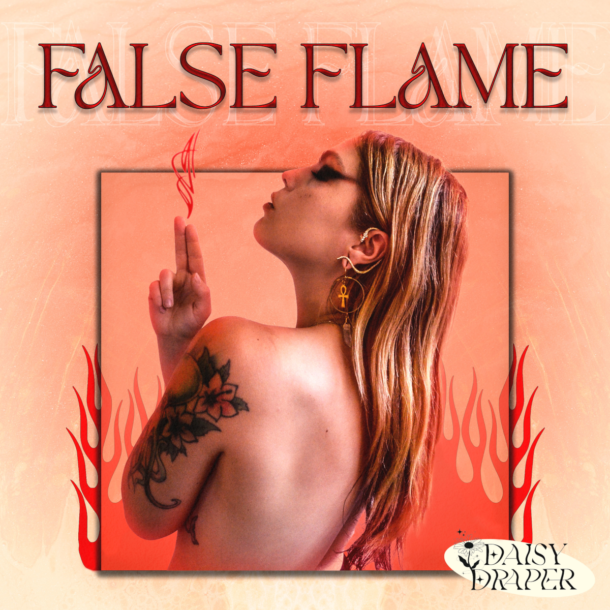 L.A.-based artist Daisy Draper has a pretty unique take on the pop genre. Fresh as it may be, there’s nothing particularly unconventional about her sound, the true uniqueness is found in the lyrical bent and entire pathos of her work and the way it is tied to the very origin of her career.

Back in late 2018, Daisy Draper began her journey as a recording artist after serving six years in the United States Army. Daisy would go on to become a strong advocate for holistic healing after her positive life-changing experience with spiritual practices in dealing with a tough autoimmune, chronic illness she had previously been diagnosed with during her six years of service in the United States Army.

Daisy’s newest song is Called “False Flame” and it reflects the deep spiritual world inside of her and her commitment to wellness through wisdom and insight.

“False flame is about ending the cycles of settling. A “false flame” is someone you feel deeply connected to, but only because they reflect your unresolved trauma. I wrote this song when I started choosing people who aren’t afraid of vulnerability, are radically authentic, and emotionally available. False Flame depicts the ultimate act of self-worth, saying “NO.” “- Daisy Draper.

Daisy’s strong spiritual beliefs are always layered onto her music, to the point where it’s almost become a sub-genre of its own in how fiercely it promotes spiritual and mental well-being to listeners all over – She proudly calls her music “Spiritual Pop” and she says it’s the future of the music industry.