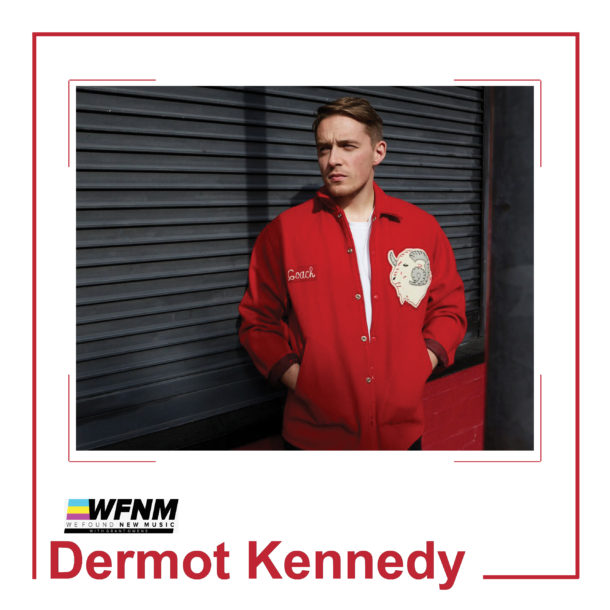 There’s a sign on the house Dermot Kennedy has called home for 25 years. “Cois Coille,” it reads: Irish for “beside the forest,” a nod to the vast mountains and huge sprawl of trees not far from his front door. “Whenever I’ve been away, eventually I need to come back and reset,” admits the fast-rising star, who grew up here in Rathcoole, a village nestled between the wilderness of County Kildare and the frantic bustle of Dublin. It’s a contrast that also exists at the heart of his music: rustic, tender singer-songwriter laments full of scenic beauty, set to urban, electronic beats. “I really like that clash,” he explains of his acclaimed mix of intimate, guitar-led storytelling and hip-hop-inspired production. “Making those two worlds collide is really exciting to me.” Since the release of his stunning April 2017 EP, Doves and Ravens, and follow-up single ‘Moments Passed’, Kennedy has shot to over 8m plays on streaming platforms, been hailed as a “big, beautiful and bold” new voice by Beats 1’s Zane Lowe, won praise from everyone from TIME Magazine to Wonderland. He’s also supported Lana Del Rey and worked his way on the radar of rap super producer Mike Dean, best known for his work with Kanye West and Travis Scott, with whom he’s currently cooking up a mixtape.