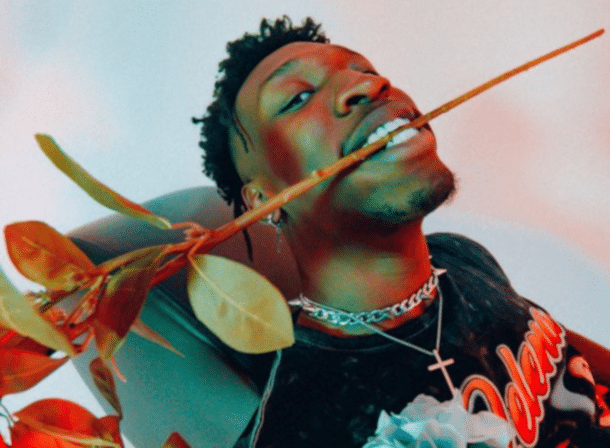 Evenson plus Modslee in the coziest living room you can imagine, performing his newest single “LUNGS”, shot in one take by director Jacob Rodier who returns to work with Evenson once again to provide the illest visuals for his signature indie-pop sound. What more could you possibly ask for?

Hailing from Connecticut, 24-year-old, first-generation Haitian American artist Evenson has quickly positioned himself as an emerging talent to look out for since the release of his viral breakout single “How Can I sleep”. His sound is uniquely his own, a shimmering, dreamy indie pop sound too often injected with a groovy funk juice that pulses in vibrant juxtaposition to his deeply vulnerable and emotive lyricism. Evenson’s operating word seems to be “Bittersweet” or perhaps “contrasting”, as there’s no sullen mood he won’t make danceable and no groovy beat he won’t turn into a soul-baring confessional. His music sounds like the conviction that there’s light at the end of every tunnel.

“Lungs is a song I wrote a month after my grandmother passed away. For the first time in my life, it felt like the walls were caving in and I had first ever panic attack. I wanted to make a song that expressed that feeling of claustrophobia and hyper-anxiety yet offered a hopeful silver lining because in the end I always want to survive.” -Evenson

“LUNGS” is a beautiful encapsulation of everything that makes Evenson so great, it is atypical in every regard but not weird for the heck of it. His vocals are clean and soft, crossing over into dream-pop for a fresh take, contrasting some of the more energetic tones we’ve heard from him before, however, his ‘performance’ in the music video is far from somniferous and placid, giving us instead a look into what his cheerful and energetic stage persona is like.

Regarding the music, “LUNGS” has some real summery synth-pop vibes, perhaps a bit of warmth and sunshine for the wintertime. The track makes really good use of MIDI keyboards to evolve a jazzy appendage that comes through naturally and elevates the track’s emotional range quite a bit, exemplifying Evenson’s tendency to hopefulness. If that wasn’t enough there’s a short but sweet Blues guitar solo at the hands of Modslee, who also breaks out into a funky bass jam right before the song ends.