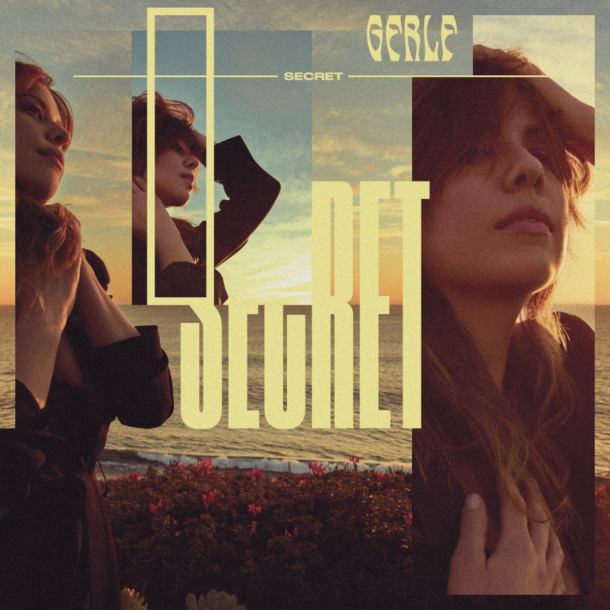 Though a relative newcomer, the secret is out in regard to her talent. Gerle is an indie-pop powerhouse out of California who finds herself and her audience through slow-burn, piano-driven ballads reckoning with some of the innermost fears, flaws, and feelings haunting all of our souls. Her music is paradoxical in the best possible way, offering a fierce kind of vulnerability that knows no boundaries. Her strength is in her “weakness” because she puts no shell around herself; her greatness is in the “meekness” of her lyrics, and she wins your heart through sheer gentleness and honesty.

“Your visions will become clear only when you can look into your own heart. Who looks outside, dreams; who looks inside, awakes.” -Carl Jung

Don’t confuse all of this emotional pliability for a weakness of character, I think it’s evidently clear by now that it takes true grit to reveal oneself even through the -at times- performative medium of music, and shape one’s soul into a malleable instrument of inspiration and creation. In a time of great pretense, it is a great in fact a show of great power, to be unafraid to expose oneself as you truly are.

In recognition of her talent, Gerle now works alongside Grammy-winning producer ToneDef (Santana, Green Day, Briston Maroney). She has also toured on radio and concert tours, taking the stage at venues like The Roxy Hotel and Rockwood Music.

She was the Fresh Face of the Grammy Foundation and appeared in the documentary sponsored by Herbal Essences and Neutrogena and walked the red-carpet event for them at the awards show. Additionally, Gerle had 3 remixes in the top 5 on the upfront club charts in the UK and the Cool Cuts Charts and had her single spun on stations such as Gaydio, Kiss FM, Wideboys, and the Andi Durrant show.

Hot off the heels of her previous track (“salt”) Gerle is not yet done with 2022, as she decided to bless us with yet another terrific ethereal masterpiece by the name of “Secret”.

Once again deeply intimate, and once again deeply disarming, “Secret” is a powerful, piano-driven piece about the power of reminiscence and the importance of honesty as a form of self-love. “Sometimes the biggest secrets we keep are from ourselves,” says Gerle, and no doubt she reflects on the cost we must pay for hiding ourselves from the truth about a failed relationship, either by clinging to the good memories or by stalling the grieving process and staying in denial. “[Secret is…] about not wanting to admit to ourselves that a relationship may be over, or may have ended up somewhere it wasn’t supposed to” she confesses.

So now that you know what the Secret is. Will you keep it, or will you expose it to the light of day?