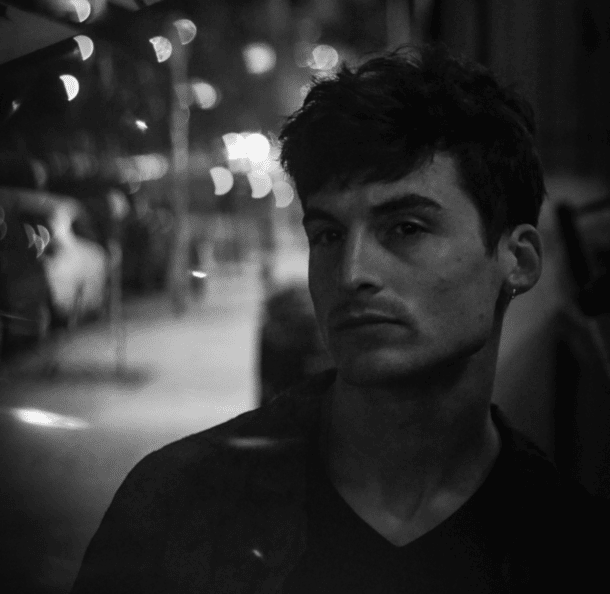 Nick Samson is a writer, producer, and actor hailing from Columbus Ohio He currently appears in a supporting role in the feature-length film “Poser,” which premiered at New York City’s Tribeca Film Festival in June 2021, and is now playing in select theaters across North America.

Debuting in 2017, from 2021 and all through 2022, Nick has been steadily releasing music under the moniker/project “La Poré”, culminating with today’s premiere of his debut in earnest, a self-titled EP that is six songs worth of what’s promised to be an exercise in “Tragic Vulnerability”.

A long-time music performer of the Columbus Ohio scene, Samson’s 2019 move to Los Angeles brought along not only a plethora of new opportunities but of course challenges that would eventually ignite the fire that became his debut EP. In “La Poré” Nick explores through his synth-pop sensibilities the many changes and difficulties that the Move to the city has brought about during a time when the entire world compounded a huge existential uncertainty on top of everyone’s personal drama. “The Best laid plans of mice and men,” they say, but Nick took this in strides, making a beautifully ethereal mosaic out of every little big piece of his life while he was locked up in his studio apartment with his newlywed wife and their cat.

The end result is, yes, very personal and vulnerable… but wouldn’t you know it? it can also be very groovy.

“…We made this room into a home, which is probably what got me through that first year in LA, much of which was spent inside due to the pandemic. The majority of my writing is influenced by life at home.”

To kick off this EP, “I Need Ya” was chosen. The song isn’t just about longing for someone but longing for home, which is of course in perfect resonance with the circumstances that would give birth to this record. With this song, La Poré establishes right away an affinity for musical syncretism and hybridization -The lyrics pull in an alt-rock direction, but the vocals themselves bear some pedigree of R&B in it. Meanwhile, the synth-pop composition utilizes keyboards set to a piano preset that resonates with Japanese City pop or with the 90s UK garage scene. A very interesting piece, to say the least, I had a field day picking it apart!

When “Red Light” comes on, I think it’s when I realized in full that “La Poré” can be as introspective and vulnerable as it wants with the lyrics, but musically it’s never going to be in a muted and melancholic headspace whatsoever. “Red Light” is a club-made banger, and I love absolutely everything about it. From its use of distorted guitar-like synths to the thumping, jungle-lite drum, this track is like a love letter to post-disco era Giorgio Moroder, only turned up to eleven with the epic-scaled cyberpunk factor, stepping into Vangelis territory with operatic intent.

“Headphones” Starts out in a fresher more clear-headed mood, almost a new-age-inspired piece with hints of what a lot of the more original -and aptly fresh- vaporwave turned out to be. Though this time, the vocals lean a bit more on that pop R&B side in what’s probably Nick’s best performance yet in that regard. The glassy synth works make this song have a much lighter and uplifting atmosphere that really makes it all come out as a love letter to music as well as the spontaneous need to seek some solitude.

“Every Day’s My Friday” sort of plays off of “headphones” and continues the same bright vibe and atmosphere along, though it leans far away from the retro-wave elements in favor of a more modern pop sound flanked with some subtle funky guitar work.

“Honey” is a bit different than everything we’ve had so far, yet it is a very interesting song that seems built around a fairly simple EDM beat that builds up slowly, throughout the majority of the song to a nice big “drop” – And when that drop comes out -boy is it worth it! This is without a doubt one of if not the highest emotional points in the EP. I can’t possibly tell you how much I loved the synth solo in this.

“Hope” is the closing statement of the EP, and what better way to end things than with -quite literally- a hopeful sendoff. I think here, Samson becomes much more transparent about the synth-pop elements that informed what La Poré ended up being, and with it, I feel like he captured some of the sounds which must harken back directly to his childhood, I imagine this is the case because this song does that for me; whatever the case may be, he chose to finalize this debut EP with a song where feels grateful to be alive, and there’s no reproach to it, especially with how beautiful it really is.

In closing: With this EP, I think Samson made a very clear statement about how earnest he is in his embrace of synth-pop. There are no mixed signals and no half-hearted retrowave-ish nods. He seems to hold a genuine love for the instrument at its most unambiguous peak, and he puts it forward in a sleek, modern proposal that really explores the potential of these sounds and textures at the service of some brutally honest lyrics that will no doubt reach a lot of people, whether they’re in a good or in a bad place alike.