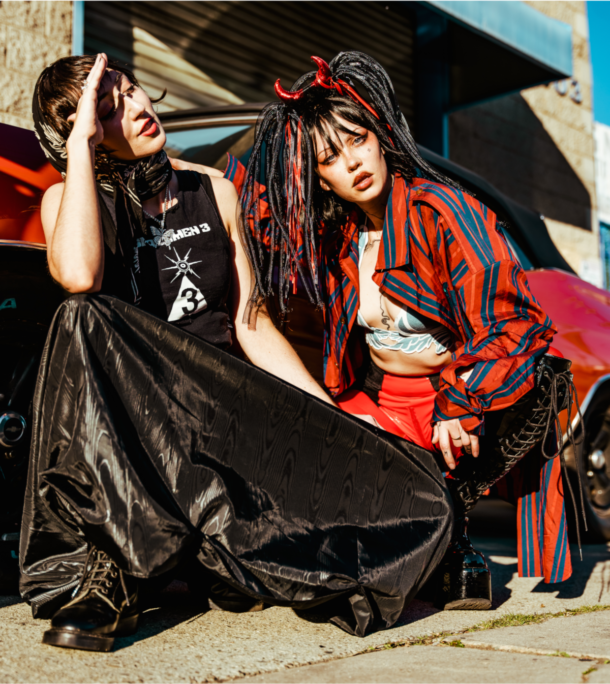 Psychopomp by Madge is as punk as Pop can ever get… and then a little more.

Though self-described as popcore, I felt as though there’s a whole lot more soul to Madge’s sound than I ever remember any popcore bands having. I guess it’d be fair to say that the producer/songwriter forges their own take on the subgenre, closer to a pixiefied hyperpop that flirts with digital hardcore- It all feels very familiar, yes, very 2000s, but it also feels rather genuine and -above all- fresh.

Featuring Genre-Vanguardist Jessica Winter on vocals, “Psychopomp” is a song about memories, specifically about their permanence or impermanence. Is it possible to forget something we no longer need or want? Can we put moments in a box and keep ’em for later? In spite of the irreverent attitude of the music, the song is nowhere as sardonic and bitter as it first seems, on the contrary, it is marked by a lot of genuine, and very surprising sweetness that comes primarily from the vocal interpretation that both Madge and Jessica decided to go with.

There’s no “2kool4U” gimmick, no insincere quirky irony, it’s all straight-up an emotionally honest song that poses an interesting question in an open manner that allows the listener to interactively put forward his own experiences and ideas as he listens, specifically, it invites us to take a non-confrontational look at memories that we’d rather forget, as a reminder that they are still a part of us.

This release features an enthralling Music video that behaves more like a glitched-out visual feast or an audiovisual flex than it does a traditional narrative-heavy or idea-centric music video. The video is a fittingly grimy collage of lo-fi footage with near-psychedelic qualities that really enhance the off-beat but ultimately warm human qualities of this song.