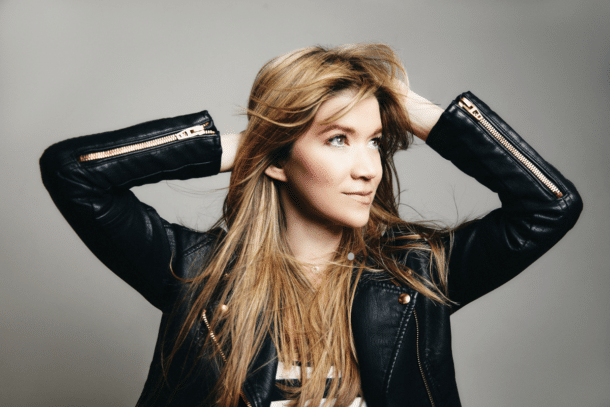 A look at Shiloh Eyes and her new single “Mad River”

Hailing from L.A. Christine Schatz is a DJ, singer, songwriter, engineer, and producer placing transformation and vulnerability at the center of her work. She became heavily invested in a broad sample of musical genres in her youth, collecting records from jazz and punk to hip-hop, soul,and rock. Her name may be remembered by online music junkies as the founder and author of “The Loop”, a music blog founded in mid-2010 that ran through 2018. Christine is a largely self-taught artist who would go on to become one of Southern California’s Go-to DJs. Calling herself “Shiloh Eyes“, Christine began a new musical journey into the depths of true electro-pop brilliance, materializing in her newest song “Mad River”.

“Mad River” follows in the thematic footsteps of Shiloh Eye’s debut single “Me Time”, as both songs directly address different periods or aspects of the ‘mourning’ period of her former marriage. This release in particular I think further highlights Shiloh’s DJing and producing background. The track starts with a delightful synth arpeggio and then moves into a chill, house/trance territory to back up the ethereal vocals.

This release comes from a dark place following a tumultuous relationship that ended in divorce. Shiloh Eyes used the experience and turned to honest songwriting as a form of catharsis to spark genuine healing. The song gets its name from the Delaware River, an important landmark present throughout Christine’s married life, and that would eventually come to represent the state of things for her.

“A lot of people drowned in it, actually. It had a really strong undercurrent, but looked deceptively still. And I feel like that’s sort of how our relationship was – seemingly calm on the outside, but underneath there was so much turbulence.” Mad River is about the space between yearning for what once was, and breaking free. The song starts with a buildup, a feeling of longing, and ends with an outro that feels like catharsis. “